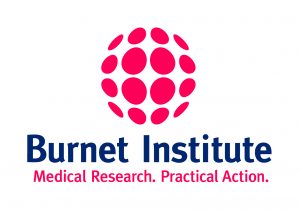 A Burnet-designed rapid point-of-care test for HIV has been accepted for the World Health Organization’s (WHO) list of prequalified in vitro diagnostics.

The VISITECT® CD4 Advanced Disease Test, developed by Burnet’s Global Health Diagnostics Group and commercialised and manufactured by Omega Diagnostics, was listed after WHO auditors found it effective at measuring a patient’s CD4 T cell count to assess whether urgent interventions are required in a patient diagnosed with advanced HIV.

Burnet Deputy Director, Associate Professor David Anderson said WHO prequalification, the highest level of regulatory approval for a product of its type, meant aid agencies delivering HIV services in low-to-middle income countries could use the test to put more people onto the appropriate HIV treatment sooner.

“If you’re very sick with HIV before you get diagnosed, just going on some antivirals is not enough,” he said.

The low-cost and portable test, which functions in a similar manner to a pregnancy test, provides a visual reading of whether a patient’s CD4 T+ cell count in their blood is below 200/μL, meaning their immune system has been compromised.

“In many countries around half of the patients who are diagnosed each year with HIV for the first time will actually need a range of other interventions, which they would miss out on if they didn’t have the CD4 test,” Associate Professor Anderson said.

Associate Professor Anderson said simplicity and robustness were key principles in designing the CD4 point-of-care test, and it was encouraging to see the WHO’s endorsement of these principles.

“It validates our overall approach to making diagnostics that can have a global impact: something as complicated and important as CD4 testing can be made into something as simple as a pregnancy test that you can read by eye,” he said.

The technology and philosophy behind the CD4 test, he said, was being applied to other Burnet point-of-care tests currently in development for other diseases, including COVID-19 and sepsis.

“We’re applying those principles in the same manner: making them work in the simplest possible way in any setting,” Associate Professor Anderson said.

He said working with good partners, including Omega Diagnostics, which has commercialised and manufactured the VISITECT® CD4 Advanced Disease Test, as well as strong collaborations with Rush University and Duke University in the USA, showed Burnet’s diagnostics team could make a lasting impact on global health.

Omega Diagnostics has attracted significant orders and interest from African, Latin American and Asian countries for the test.

“I am very excited about it. It will make a huge difference to the ability to get the most value out of the interventions available for HIV,” Associate Professor Anderson said.

Read the full media release via the Burnet Institute.