This event is now fully subscribed.

Join Dr Krystal Evans in conversation with the CEO of BioCurate, Dr Glenn Begley, and hear his views on the local and global biotech scene, his plans for BioCurate and his views on how Melbourne can realise the vision of being a global health innovation hub.

Dr Begley is an Australian and biotech industry veteran who has been recruited back to Melbourne from the US to head up BioCurate – a $80 million collaboration between Monash University and the University of Melbourne (supported by the Victorian State Government) to take medical discoveries from the lab and translate them into clinical and commercial benefits.

Combine this with the sharing of minds and work of these two great universities, it’s no surprise BioCurate is already turning heads globally. And for CEO Dr Glenn Begley, it’s a partnership made in heaven.

“It’s a great opportunity,” he says. “For two universities to come together like this, two rivals as it were, is unusual.” “This sets up Victoria to be a truly major player in biotech, globally,” he says. “Victoria is truly leading the way.” 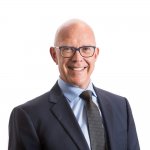 Dr C. Glenn Begley is a clinical haematologist and medical oncologist, whose academic and commercial roles include board level and senior positions in Australia, the USA and the UK. Most recently DrBegley was Chief Scientific Officer at Akriveia Therapeutics, a Californian biotech company focused on discovering and developing the next generation of cancer immunotherapies. He was also a non-Executive Director for UK-based Oxford BioTherapeutics.

His previous roles include:

Dr Begley studied Medicine at undergraduate and postgraduate level at The University of Melbourne.