This event provides the chance to reflect on the achievements of the year and hear more about the future plans and initiatives for BioMelbourne Network and our vision for Melbourne.

After the short AGM, there is a networking event and each year we invite a special guest to informally share their thoughts on the future of the biotechnology, medical technology and pharmaceutical sector in Melbourne.  This year you will hear from Andrew Weekes, the Pharmaceutical Medical Director for GSK Australia.

Last year’s event had a great turnout of over a hundred valued member representatives which provided a fantastic opportunity for networking.

We hope you can join us!

This is a free event and is for representatives of current BioMelbourne Network member organisations only.  You can check if your organisation is a member by clicking here.

Please note that we can accommodate up to 4 representatives from each member organisation. Feel free to register below and we’ll let you know if your organisation has reached its quota.

RSVP: by Wednesday 16th November 2017 (scroll down to register) 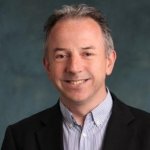 Andrew Weekes is a UK-trained doctor with almost 20 years of experience in pharmaceutical medicine. He joined the industry in 1999 following junior hospital jobs, a short stint in general practice, and a period as a medical advisor and in-flight medic with a UK-based air ambulance company.

Andrew’s first pharma role was as International Scientific Project Manager based in the Paris headquarters of a mid-sized company, where he remained for 4 years before seeking in-country experience which brought him to Melbourne. He held positions of increasing seniority in the Australian office, ending as Head of Medical Department, before moving back to Europe to take up the position of UK Medical Director. The UK role expanded his experience into market access with leadership of the UK regulatory affairs and health economics functions.

A Sydney-based Country Medical Director role at Abbott Australasia enticed Andrew back to Australia, with managing the medical and clinical research functions for Abbott and AbbVie through their 2012 global corporate separation and the first 2 years of AbbVie Australasia.

Andrew returned to Melbourne in November 2014 as Country Medical Director at GSK, leading the clinical research, drug safety, medical information, medical quality and medical affairs functions. In addition to his medical degree Andrew has a Graduate Diploma in Drug Evaluation and Pharmaceutical Science, and a qualification in Aviation Medicine.