Down to the (nano)wire – Professor Nico Voelcker,  CSIRO Research+ Science Leader and Scientific Director of the Melbourne Centre for Nanofabrication and Director of the Australian National Fabrication Facility’s Victorian Node (ANFF-VIC) 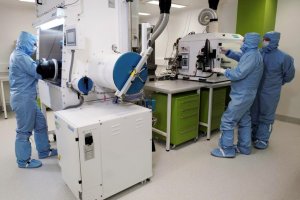 Following the presentations, there will also be an opportunity for attendees to tour CSIRO’s Biomedical Materials Translational Facility (BMTF).

If you wish to participate in the post-event tour of the BMTF, please select the appropriate ticket below.  If you have any questions, feel free to contact our office on 03 9667 8181.

Date:  Thursday 12th April 2018
Time:  Registrations from 7:20am for a 7.30am networking breakfast. Presentation and panel discussion: 8:00am – 9:00am, followed by optional small group tours of the BMTF until 9.30am
Venue: Lecture Theatre, CSIRO Wark Laboratory, Bayview Avenue, Clayton

To check if your organisation is a member, click here 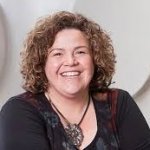 Professor Sally McArthur, CSIRO Research+ Science Leader in Biomaterials and a Professor of Biomedical Engineering at Swinburne University of Technology.

Professor McArthur leads the Australian National Fabrication Facility Victoria (ANFF-Vic) Biointerface Engineering Hub, an open access facility for academic and industry researchers to gain expert support to connect biology with technology. As an engineering researcher Sally has obtained approximately $20 million in funding from research councils, industry and government in the UK and Australia, including the $1.8 million ARC Industrial Transformational Training Centre in Biodevices launched at Swinburne in 2015. 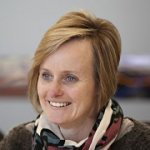 Susie Nilsson received her PhD from Melbourne University before completing post-doctoral studies at the University of Massachusetts. On her return to Australia, Susie took up a position at the Peter MacCallum Cancer Institute where she became a laboratory head in 2002. In 2005 she moved to the Australian Stem Cell Centre prior to being appointed as an ARC Future Fellow and Laboratory Head at CSIRO in 2009. She became a group leader at ARMI, Monash University in 2013 and a CSIRO Research+ Science Leader in 2014. Currently, she has an adjunct Professor appointment at Monash University. The specific goal of her laboratory is to understand hemopoiesis and therefore begin to address the changes and their effects in hemopoietic disease. She has focused much of her independent research career establishing models to identify where HSC reside in the BM, the cellular and extracellular components in that microenvironment as well as the mechanisms through which these regulate HSC fate. She is now heavily focused on how we can use these findings to improve human health, particularly in the areas of bone marrow transplant, stem cell mobilisation and haematopoietic disorders such as leukaemia and bone marrow failure. 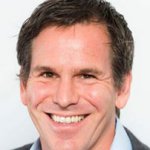 Professor Nico Voelcker was appointed as the Scientific Director of the Melbourne Centre for Nanofabrication and Director of the Australian National Fabrication Facility’s Victorian Node (ANFF-VIC) in February 2017. He is also currently a Professor at the Monash Institute of Pharmaceutical Sciences (MIPS) at Monash University and Research+ Science Leaders at the Commonwealth Scientific and Industrial Research Organisation (CSIRO).

A core research activity in his laboratory is the study of porous silicon-based nanostructures and their surface chemistry. A current focus is the development of new nanostructured materials for biosensors, biochips, biomaterials and drug delivery.

He has authored over 300 peer-reviewed journal articles with over 5900 citations, h-index 41. Nico has received fellowships from the German Research Foundation (DFG), the CSIRO, the Alexander von Humboldt Foundation, is a recipient of the Tall Poppy Science Award, and was a finalist for the South Australian Scientist of the Year 2015 and the Australian Innovation Challenge. He is serving on the College of Experts of the Australian Research Council. 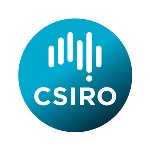