Brisbane startup says it can make mRNA vaccines for Australia 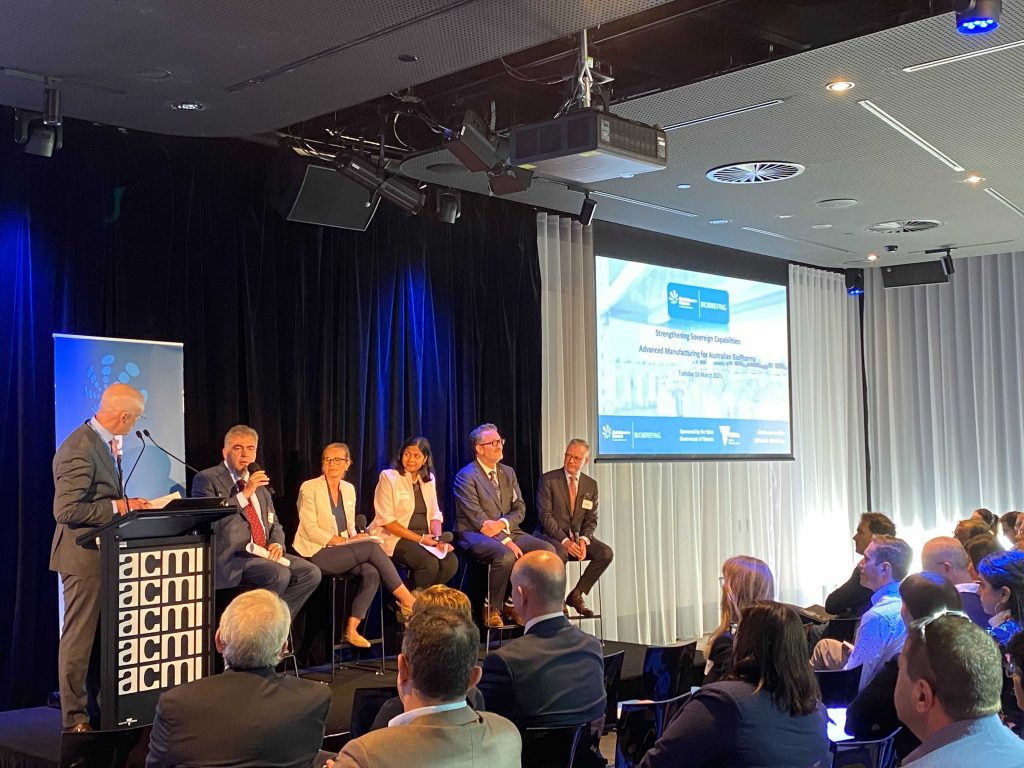 A Brisbane startup says it can make the active ingredients for the new generation of mRNA vaccines in Australia, but more government funding and training support are critical to produce these products at scale.

Messenger-RNA vaccines are now world-renowned for leading the fight against COVID-19. However, Australia has been forced to import products that use these platforms, like Pfizer’s coronavirus vaccine, because there are no local manufacturing facilities to make these drugs at scale.

Biotechnology giant CSL, which is producing AstraZeneca’s vaccine locally, says it is not feasible for it to set up commercial manufacturing of mRNA vaccines during the pandemic.

However, contract manufacturing business Luina Bio, based out of Brisbane, says it already has the expertise to make mRNA products onshore.

“As a microbial fermentation company, Luina Bio has all the capacity to produce the API – the active pharmaceutical – for mRNA vaccines,” Luina’s general manager of business development Max Rossetto said at an event for biotech organisation BioMelbourne Network on Tuesday.

Luina, which helps researchers and companies prepare vaccines and proteins for clients across the world, generates more than 90 per cent of its business from overseas. Its clients make products which “ten years ago would have been seen as science fiction,” Mr Rossetto said.

The firm’s capabilities extend to making mRNA vaccines and other products, but there are significant barriers to making these products in their entirety in Australia, he explained.

Luina could produce active drugs for these new vaccines, but at the moment its capacity would only allow it to make 1.4 million doses from one batch run of product, he said.

“With limited investment, we could bring this to 20 million doses,” Mr Rossetto said. If Luina was able to expand its production manufacturing, it was feasible for the small startup to the active vaccine product for all Australians, he explained.

The federal government has been discussing mRNA production capabilities with a number of local manufacturers including Luina after conducting an audit of capabilities last year.

Minister for industry, science and technology Karen Andrews said the government was considering this “with an eye to the future” as plans were already in place for the COVID-19 vaccine rollout.

“Producing mRNA vaccines at scale is a brand new challenge the entire world is grappling with and will take time to develop,” she said.

Smaller startups have put their hands up for involvement in future vaccine making over the past year as the nation’s flagship biotech firm CSL says it has its hands full making AstraZeneca’s COVID-19 vaccine and has no solid plans to pivot to mRNA production.

“While CSL remains open to discussions about manufacture of alternative COVID-19 vaccines, our resources are fully committed to the manufacture of the AstraZeneca vaccine,” CSL chief scientific officer Andrew Nash said.

“CSL does not have the current capacity to manufacture mRNA vaccines but we have engaged with government in relation to future possibilities.”

Associate Professor Archa Fox, an mRNA researcher at the University of Western Australia, said it was feasible for startup companies to get involved in mRNA manufacturing.

Setting up and running this type of manufacturing was likely to be less expensive than other biologics projects, particularly if the firm already had good manufacturing practice [GMP] certification to make other products, she said.

“I think the key is that the actual nuts and bolts [of mRNA] is actually not that complicated,” Professor Fox said. “I don’t think it would be too difficult for a company to get into this space.”

Beyond capacity challenges, the path to making an mRNA product in Australia involves other challenges, however, including access to fill-and-finish facilities to bottle the vaccines, as well as availability of qualified personnel to make the products at scale.

“Government assistance is of course something we think is necessary. Not only [on] a point of funding, but a point of training,” Luina’s Mr Rossetto said.

His company is open to working with partners and with the government on possible public/private partnerships for vaccine making.

“We would certainly be open to collaborating with government, but not only on mRNA, but on any project. If we add value, we would be very interested to be involved,” Mr Rossetto said.