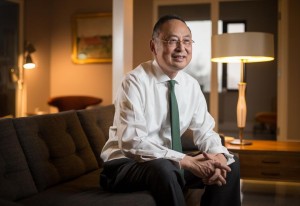 THIS SEMINAR IS FULLY BOOKED

Free Seminar:  The Role of Universities in the Innovation Ecosystem

With Australia’s changing economy, the role of universities is also changing with increased expectations that educational and research outcomes from academic organisations will be powerful drivers of our future economy. Around the world, cities with strong research universities are seen as strong economic centres, creating opportunities for cities such as Melbourne with our strengths in biomedical research and health innovation.

Our international guest speaker, Dr Gerald Chan, CEO of Morningside, will explore the role of universities in the innovation ecosystem, drawing on his global experience as an investor, board director, scientist and philanthropist.

Who should attend? Companies engaged in partnerships with academic research organisations, board directors, investment and finance leaders, senior leadership of academic research organisations, business development managers, R&D executives, government representatives and policy makers, and those with an interest in the broader innovation ecosystem.

Price: No charge for this special event however BOOKINGS ARE REQUIRED – CLICK HERE 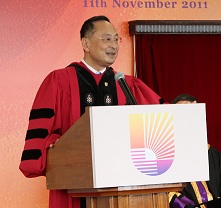 In 1987, Dr. Gerald Chan co-founded Morningside, a diversified investment group engaged in private equity and venture capital investments in North America, Asia and Europe. Morningside has been an active investor in China since 1992.

Dr. Chan is a director of publicly listed Hang Lung Group Limited, a Hong Kong-based property holding company. He serves on the boards of several biotechnology companies in North America and Europe including Aduro Biotech, Stealth Biotherapeutics, Advanced Cell Diagnostics, Matrivax, Vaccine Technologies Inc., and Kezar Life Sciences. He is a member of the Global Advisory Council of the International Society for Stem Cell Research, the International Board of Governors of the New York Academy of Sciences, the Board of Trustees of Fudan University in Shanghai, the Global Advisory Council of Harvard University, and chairs the Board of Overseers of the Morningside College of the Chinese University of Hong Kong.

Dr. Chan received his BS and MS degrees in Engineering from UCLA, a Master of Science degree in Medical Radiological Physics, and a Doctor of Science degree in Radiation Biology from Harvard University. He completed his post-doctoral training in pathology at the Harvard Medical School and the Dana-Farber Cancer Institute.

Dr. Chan received his BS and MS degrees in Engineering from UCLA, a Master of Science degree in Medical Radiological Physics, and a Doctor of Science degree in Radiation Biology from Harvard University. He completed his post-doctoral training in pathology at the Harvard Medical School and the Dana-Farber Cancer Institute.

Morningside Group is a private investment group founded in 1986 by the Chan family of Hong Kong and invests in private equity and venture capital opportunities in North America, Europe and Asia Pacific. Morningside has built a strong global investment team, with investment professionals in its Boston, Beijing, Shanghai and Hong Kong offices.

Morningside’s life science portfolio comprises more than 50 investments, with highlights including:
• Aduro Biotech, based in Berkeley, California, is a clinical-stage cancer immunotherapy company with three products currently in human trials. The company’s lead candidate – an immunotherapy regimen combining our proprietary CRS-207 with GVAX Pancreas – is targeting metastatic pancreatic cancer and has received Breakthrough Therapy designation from the US Food and Drug Administration. The company raised $119 million in an upsized IPO in April 2015. The stock jumped 147 percent on its first day of trading, giving the company a market cap of nearly $2.5 billion.

• Stealth Biotherapeutics was founded in 2006 with technology licensed from Cornell University. Stealth has a rich and promising pipeline of preclinical and clinical compounds from a unique class of short peptides (500–700 Daltons each) that target mitochondria. Published data for these compounds suggest significant in vitro and in vivo efficacy for cardiovascular, renal, neurologic and metabolic diseases. The company is currently conducting six Phase 2 clinical trials for cardio-renal, skeletal muscle, and ophthalmological diseases. Funding from Morningside has surpassed $100 million.

• NuCana, based in Edinburgh, is a Phase III clinical stage biopharmaceutical company developing an expansive portfolio of anti-cancer agents. Nucana’s ProTide technology ensures that significantly more active agent is being generated within the cancer cells. Acelarin (NUC-1031) is NuCana’s first ProTide to enter the clinic and has achieved exceptional levels of disease control in a comprehensive study of patients with advanced, rapidly progressing solid tumors. Nucana completed a Series B financing of $57 million in 2014.

• MicuRx is developing a next-generation oral oxazolidinone antibiotic for treating Gram-positive bacterial infections, including methicillin-resistant Staphylococcus aureus (MRSA) and vancomycin-resistant enterococci (VRE). Phase I clinical results demonstrated that MRX-I is safe and well tolerated in human subjects, with no signs of myelosuppression, the major toxicity concern for most oxazolidinone agents, including linezolid.

• CellCentric, a UK based epigenetic company, founded with Prof. Azim Surani FRS of University of Cambridge, and one of the earliest pioneers in epigenetics. CellCentric has identified and investigated nearly 50 enzymes associated with epigenetic regulation, and has carried out early drug discovery on six. One of these, an arginine methyltransferase program was licensed to Takeda Pharmaceuticals for a deal worth in excess of $200 million including up fronts and milestones.

In addition to its investment activities, Morningside Group is deeply committed to being socially responsible. Providing access to educational opportunities and supporting scientific research are two major areas of focus for Morningside’s philanthropic endeavors. In 2015, the Morningside Foundation gave a $350 million donation to the Harvard School of Public Health, which will support faculty and students working to reverse four different global threats: old and new pandemics from Ebola to obesity, harmful physical and social environments due to water pollution or gun violence, poverty and humanitarian crises, and failing health systems worldwide.

The Florey Institute of Neuroscience and Mental Health is the largest brain research group in the Southern Hemisphere.

Research of the brain and its diseases has gained considerable momentum internationally. Many scientific and technological advancements have been made, and much of our work has been centre stage. Our scientific home is a hive of activity with researchers coming from around the globe to work at the Florey.

State and Federal Governments, major philanthropic foundations and many generous private benefactors have recognised the importance of neuroscience as the final frontier in medical research.