With Chief Executive remuneration constantly in the spotlight and being one of the more complex issues that boards are required to manage Wexford Hayes latest annual CEO remuneration report (5th edition) for the ASX listed health care and biotechnology sector provides an insight into remuneration trends across the sector.

For the second consecutive year the health care and biotechnology sector experienced a decline in total average remuneration with a decrease of 4.9% to $889,000 per annum. Significant reductions in reportable long term incentives for both large and smaller capitalised companies in the sector drove this contraction Fixed average remuneration remained static over the period under review.

Market Capitalisation of over A$1bn

Consistent with the whole sector, overall total average remuneration decreased for the second consecutive year with a 18.0 % decline to 2.8 m per annum largely driven by contractions in both fixed remuneration and reportable long term incentives .

Average fixed remuneration declined 20. 4% over this period largely due a rebalancing of the segment as some long standing organisations delisted or fell below the threshold to be replaced by a few new entrants with lower relative remuneration structures.

The majority of Chief Executives in this segment received a short term incentive over the course of the year with this incentive increas ing by an average of 1 0 4 %%. 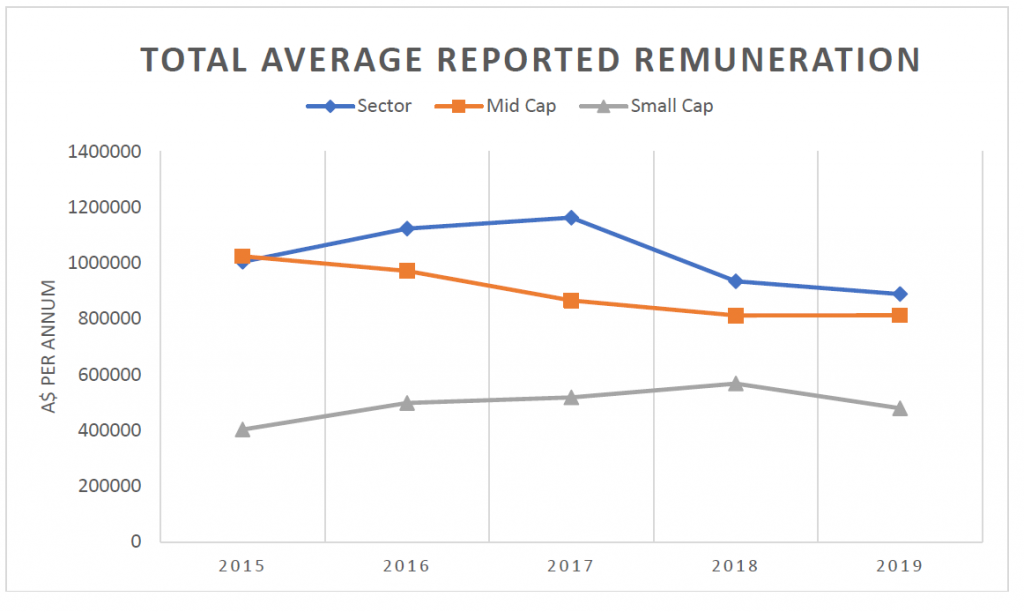 After four years of consecutive growth in remuneration, the small capitalisation segment of the sector experienced a 15.6% decline in total average remuneration to $480,000 per annum.

Wexford Hayes is about recognising that we all leave a legacy and each of us has a unique path to take. The firm is lucky enough to play a role in positively impacting both organisational culture and people’s lives as we partner with our clients and candidates to overcome their challenges and assist them to achieve their objectives.

We are a nimble and creative partner in the entrenched executive search industry. We differentiate through our practical style, focus on inform ing our client & candidate network with original content rather than selling to them, a value oriented pricing model aligned to outcomes, and a consistent & persistent approach to getting the job done.